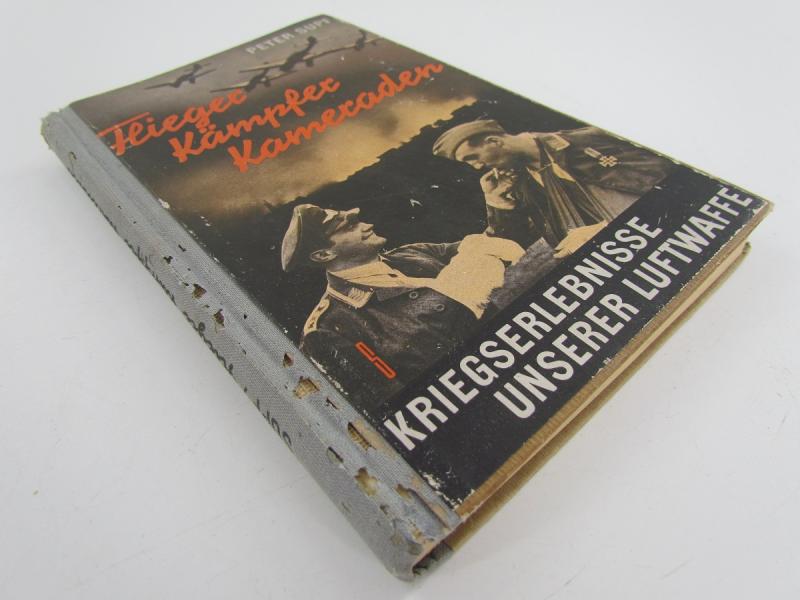 Pilots, fighters, comrades. War experiences of our Luftwaffe. With 20 illustrations based on photograb recordings.

Gift from a sister to her brother with christmas 1943 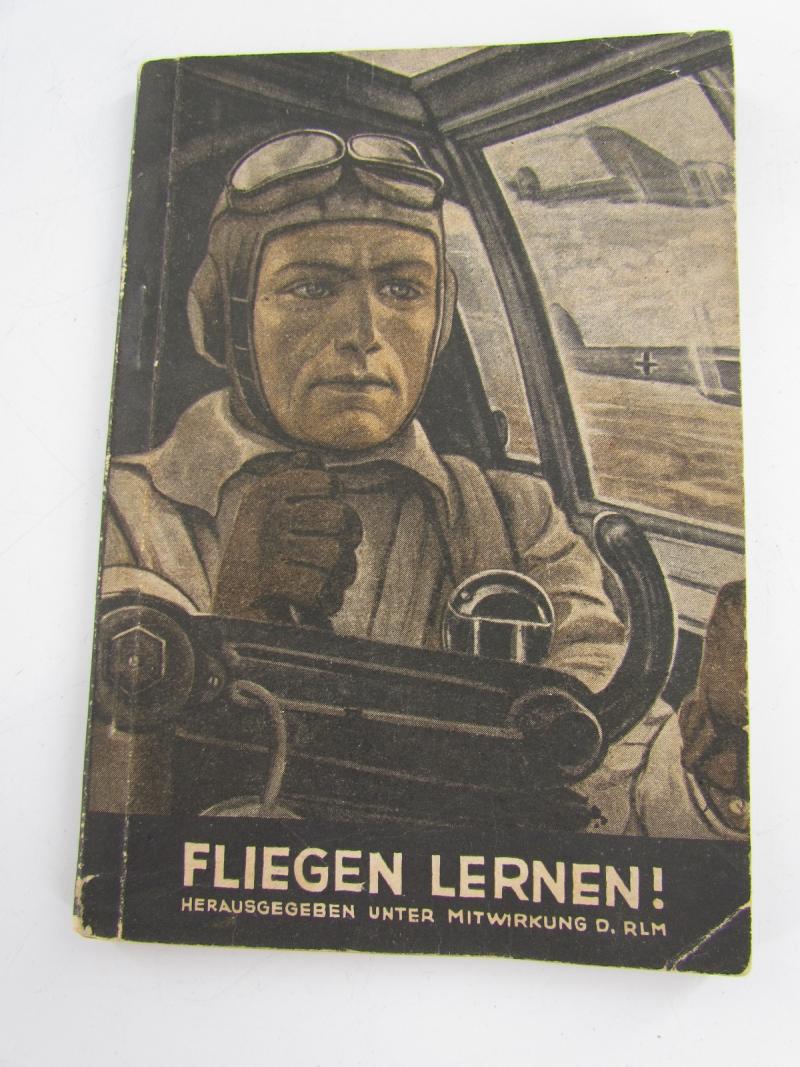 Small format book "FLIEGEN LERNEN!" (English: Learn to fly!), containing basic information needed in the path of becoming a pilot. Published by the Ministry of Aviation (German: Reichsluftfahrtministerium, RLM) in the late 1930s or 1940s. Rich in information and pictures the book also serves as a great guide for pre-military training. 110 pages. 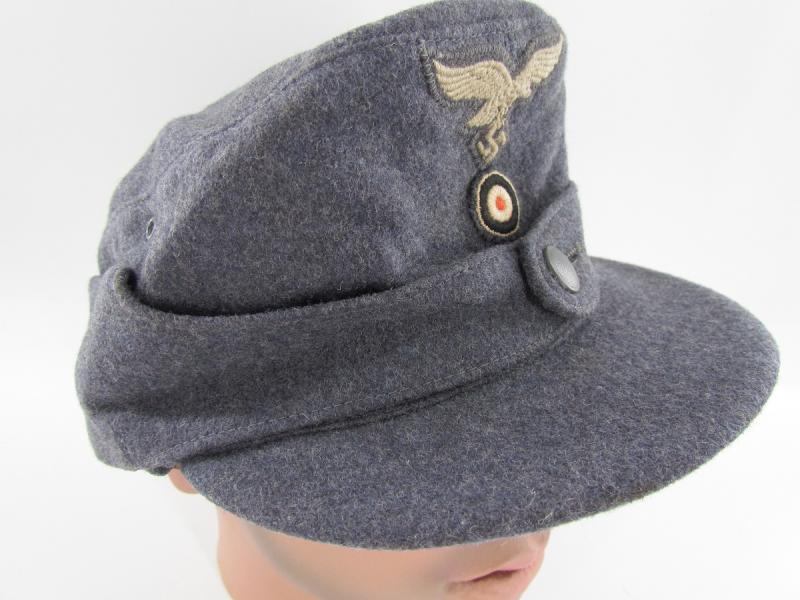 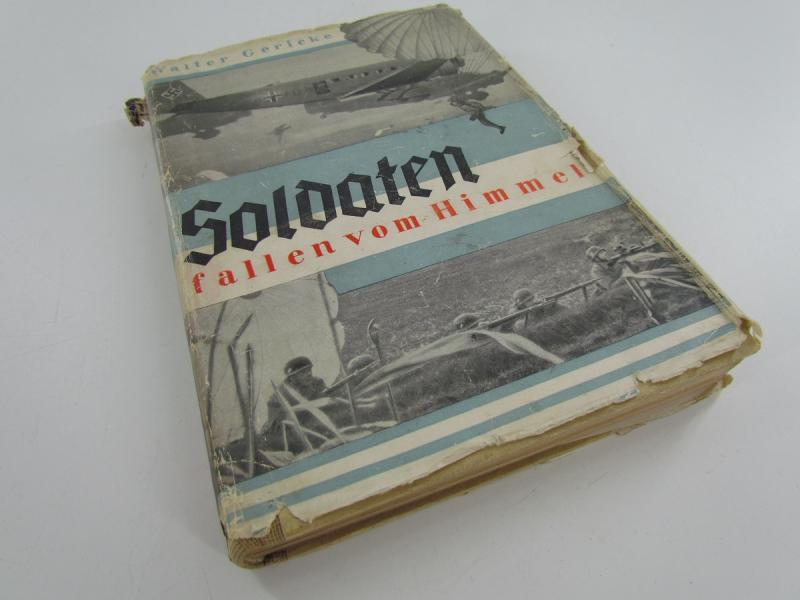 This is a very good example of the very heavily illustrated hardcover book SOLDATEN FALLEN VOM HIMMEL (Soldiers Falling From The Sky) by Walter Gericke as published in 1940 by Schützen Verlag in Berlin. Author Gericke was a Fallschirmjäger Battalion Commander during World War II and fought in Crete and Italy. 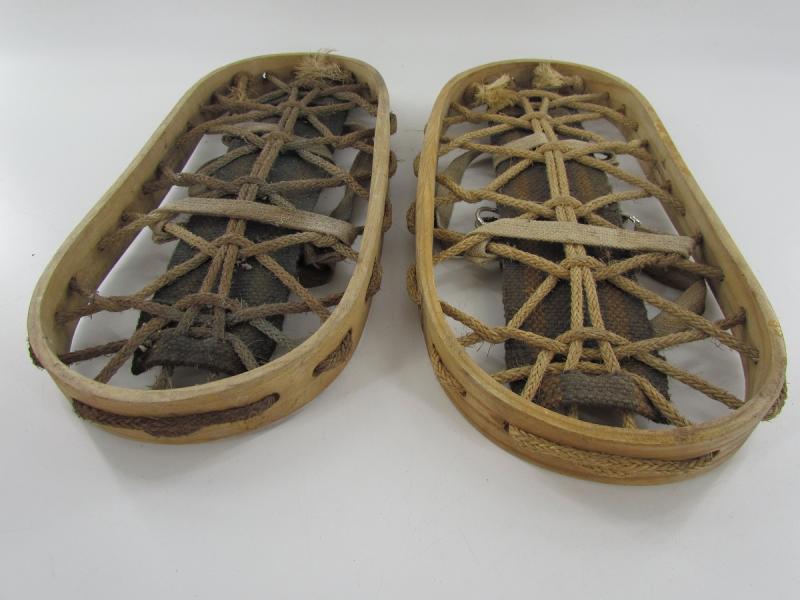 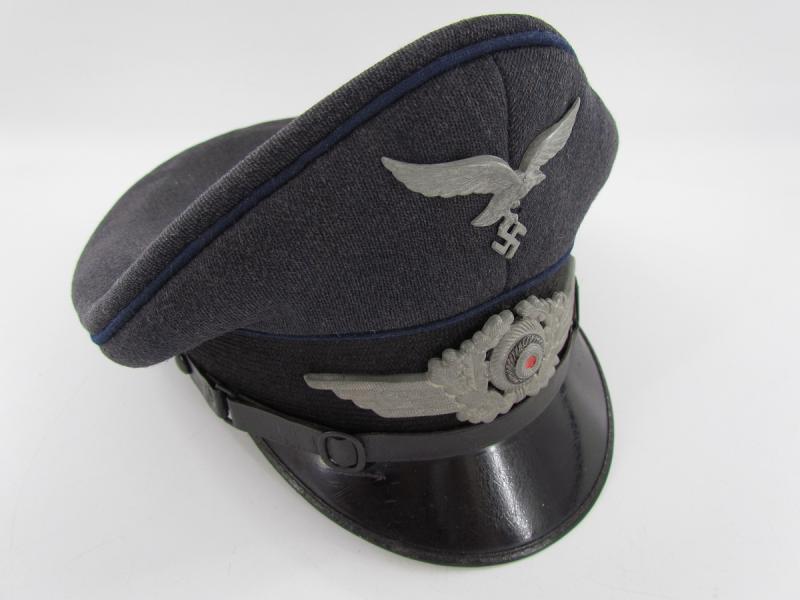 A very rare and hard to find visor cap 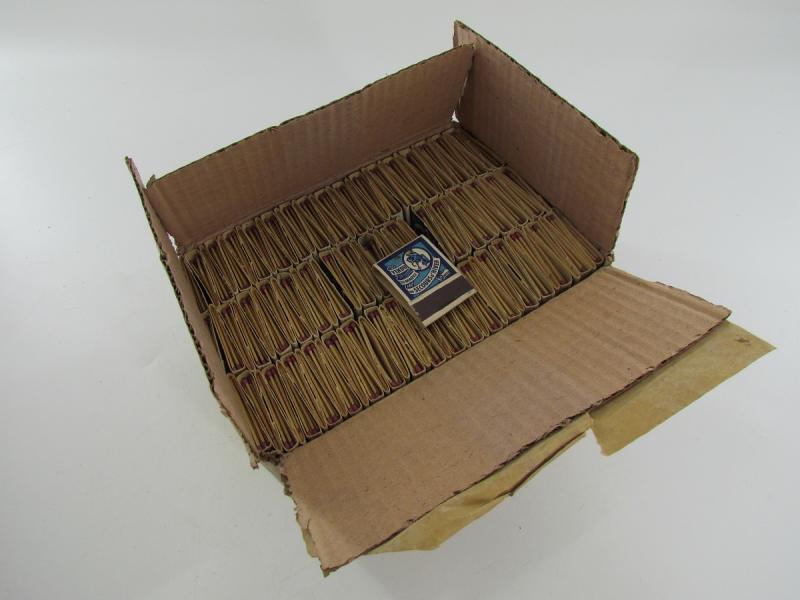 These matches were produced for the Winterhulp
You received a pack of matches when giving money to the Winterhulp.
The box with matches is in good condition.

Re-taped at the bottom with adhesive tape read more 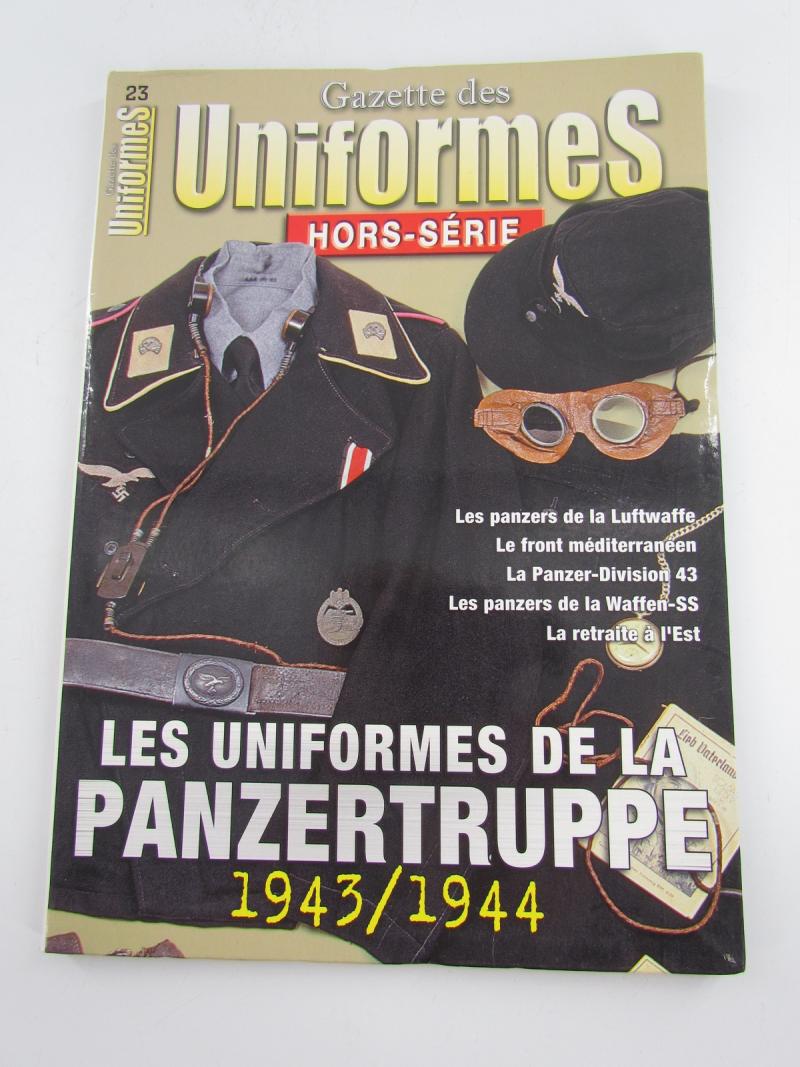 Extremely illustrated series of monographs by the French publisher Regi-Arm

This monograph in particular is dedicated to the uniforms of the Panzertruppe in the eighteen months from January 1943 to June 1944. 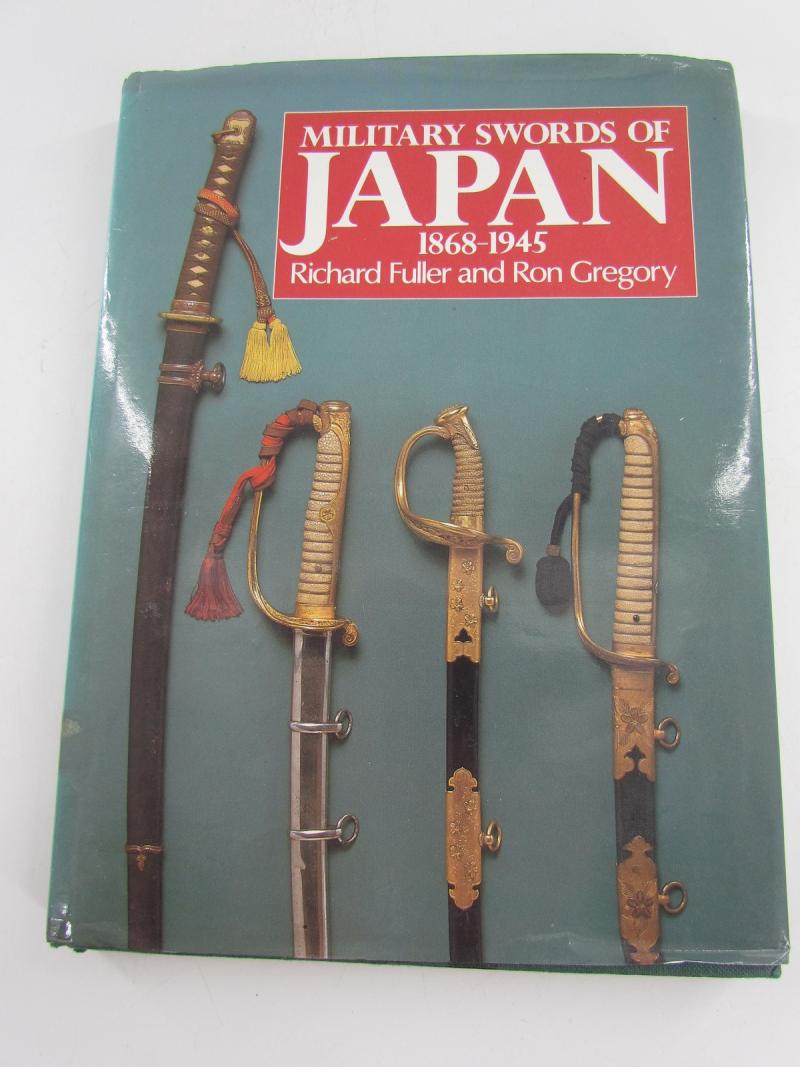 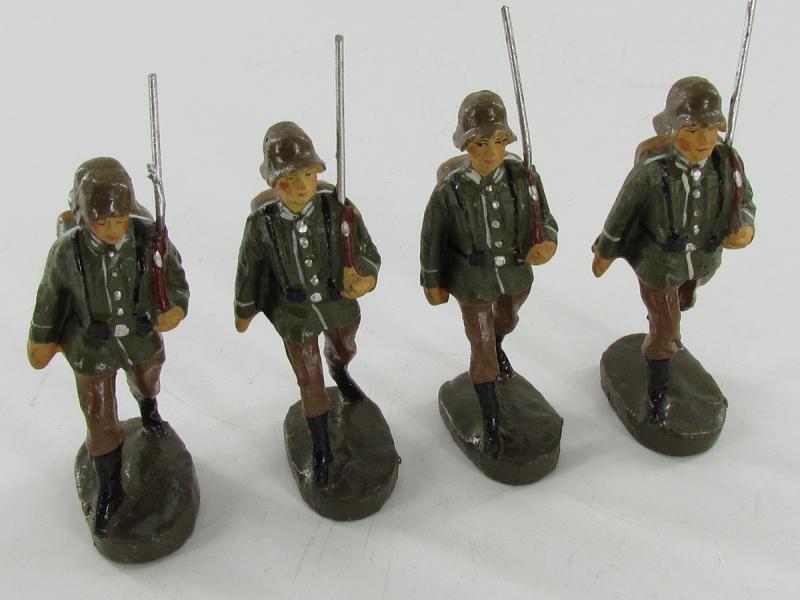 4 x Elastolin/Lineol German soldiers marching with rifles at left shoulder.
They all stand 3 inches high and are made of composition.